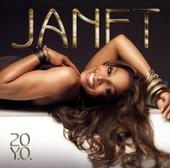 I know I told you all that I was going to be to new music critic for mediatakeout.com this week, but they have decided to go with someone else to review Janet’s album. I want to make sure everyone is clear that O1LT.COM has no connection to the current review of Janet’s Album on mediatkeout.com Here is my review for Janet.

W.B. - Worth Buying
B.L.-Bootleg It-$5.00
D.L.-Own it on the Low
NXT-Next Album Please (Whack!)
**Disclaimer-B.L.(Bootleg) is a metaphor. O1lt.com does not encourage the unauthorized copying or distribution of copyrighted material.

Like many of you when I heard Janet Jackson was making another album I thought myself “why bother”? After the infamous nipple gate incident, that has gotten her blacklisted from MTV, I didn’t see a point. But more importantly I didn’t think she could do it. Her last album “Damita Jo” was lack luster to say the least and bombed on Billboard, so I cast Janet on that island of has been’s and looked on to the next artist to rightfully take her place. (Beyoncé maybe)

But I have to admit she put her foot in this new album “Twenty Years Old”. This new CD is marking Janet’s twenty year career span in the business. The album is definitely retrospective with a modern hip hop enthused twist that is sure to surprise everyone who listens to it. Obviously music has changed a lot since Janet was on top of her game, and with Twenty Years Old, she didn’t miss a beat. She busts open the gate on her new album with her current single “So Excited” feat. Khia. Listen I know her first single “Call on Me” was just OK, hell lets call it what it was it was whack, but when I tell you this new album is going blow you away is an understatement. The minute you hear this CD your going to be surprised that the youngest Jackson, who is still older compared to all the other artists in the current music scene is still here and can still give these chicks a run for their money. Though her brother is certifiably over, Janet still has some bump in her bounce. And might I add what a freak she seems to be with three sexually laced songs “Do It to Me”, “This Body” and “Take Care”. I am “so excited”, no pun intended, to see her on tour. It seems Janet is giving all of us who doubted her the middle finger as she is sure to have yet another number one album up under her belt.

If you don’t get this album then you’re probably just a hater who is still waiting around for Michael to Return as the King of Pop.

Yo thats hot, I got to go and get it!

Ok I read your reveiw and I read mediatakeout.com's review, and I like yours better. Who ever wrote theirs sounds like a 14 year old boy. "After hearing that whack-iosity I just wanted to grab Janet and shake the mess out of her." ???? How queer is that?

I like your review better, media.. read very boring..I think this review was more fun and upbeat..

I agree with Patrice. I read mediatakeout.com's review and I loved yours better. I am going to buy the album. I have heard at least 8 songs and I am impressed.
WB+

O1LT, thank you so much for giving a positive honesty and very truthful review of janet's 20 Y O cd, it is oct 2 and im sitting here listening to her cd now and i must say i love it, it has no fillers all the songs flow so well which is something u don't get on alot of albums. its fun and fresh and so janet